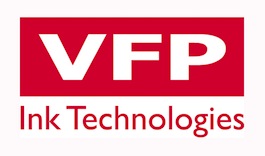 ESMA General Assembly which took place on the 15th of March 2019 in Barcelona, introduces new board members.

Every two years, ESMA elects a new Board which represents member companies and sets current and future direction of the community’s involvement. With a number of members retiring and several new candidates, the 2019 vote resulted in the following shape of the Board:

“The new Board reflects our industry with strong representation of both screen and inkjet. We welcome our new members, and we also thank our retiring Board members Heinz Brocker of Gallus and Sebastien Petit of VFP Ink Technologies for their many years of service to the association”, said Debbie Thorp.

Ibtissem Djaballah -Head of Marketing of VFP Ink Technologies, was pleased to be selected at the European association ESMA to work on the future of the Printing industry with ESMA members: “In a constantly changing world, our industry has been marked by rapid technological changes and disruptive innovation. Beeing together gives us more impact to face new challenges and opportunities for the coming years. It is a privilege to be part of ESMA because it gives us the opportunity to set up partnerships, to share several points of view within many companies of the sector in Europe and worldwide and to promote our printing industry toward a common goal.” added Ibtissem Djaballah.